UK bankruptcies in the news

UK bankruptcies in the news

The BBC and The Times have covered this as well.


Warning of 2009 wave of retail bankruptcies

Hundreds of high street retailers will collapse next year despite a last-minute Christmas spending rush, a retail insolvency expert predicted last night. The wave of bankruptcies caused by the recession will leave "big holes on the high street", and the failures are expected to include some of the most well-known names.

Nick Hood, a partner at insolvency specialists Begbies Traynor, warned: "There will be hundreds of smaller retailers going bust and up to 15 national and regional chains, including one or two that will really make your eyes water. "Woolworths was no great surprise, but there are going to be some real 'Oh my God' moments, which will leave big holes in the high street."

Some of the biggest retailers are understood to have seen their sales crash by up to 30% and several have described the current trading conditions as the worst in memory.

Good and I hope they take their plastic tat with them. Trying to buy good, nevermind high quality goods is a nightmare, so for me it will not effect us as there is only a few places where you can purchase 'real' goods from anyway

"I'd put my money on the sun and solar energy. What a source of power! I hope we don't have to wait until oil and coal run out before we tackle that." — Thomas Edison, 1931
Top

Not hearing good stuff about Debenhams either......
Real money is gold and silver
Top

Interestingly the victims seem, at least so far, to be places whose (reputed) quality of stuff isn't very good.

I'd be very upset if Barnitts went to the wall.
Soyez rÃ©aliste. Demandez l'impossible.
Stories
The Price of Time
Top

I know it sounds crazy but I think quality shops will do well. Firstly they dont have a large market anyhow. Plus people will eventually realise its cheaper to buy once and have something that last and does the job well than buy tat. Plus quality is not always more expensive. I've always bought stuff that way because I think its wrong to buy something and keep throwing it away and buy again because its broke or something slightly better is out, or you fancy a change - what a massive waste of our limited energy. I suppose a good example is a kitchen, people spend thousands on kitchen units and worktops then fill it full of nonsense gadgets that are often slower than traditional methods, and cheap n nasty tools that dont do the job well and dont last. Where is the sense in that. I hope we see a return to well made goods, I sincerely do

"I'd put my money on the sun and solar energy. What a source of power! I hope we don't have to wait until oil and coal run out before we tackle that." — Thomas Edison, 1931
Top

Reminds me of a quote I read/heard somewhere recently, a spokesman for some retail association or other, who said, "It's a disaster - people are starting to think before buying things".

Andy, it was a quote reported by RC found in the Metro IIRC.
Top

tomhitchman wrote:Andy, it was a quote reported by RC found in the Metro IIRC.

Yup has a familiar ring to it.

I was in Barnitts on Sunday (they do Sundays int he run-up to Xmas) glad to see it was as packed as ever...
Soyez rÃ©aliste. Demandez l'impossible.
Stories
The Price of Time
Top

BBC News wrote:Whittard 'nears administration'
The Whittard of Chelsea chain of shops is understood to be close to calling in administrators after falling into financial difficulty. The owners of the business, which sells tea, coffee and crockery, are actively seeking a buyer, a source close to the company said. Ernst and Young had been lined up to act as administrators if needed, the source added.

Whittard has 130 stores in the UK and was founded by Walter Whittard in 1886. It was bought by the Icelandic investment company Baugur in 2005 for about £21m. Baugur itself was hit by turmoil in Iceland's economy earlier this year.

Where are we going to get our nuts from now??
Soyez rÃ©aliste. Demandez l'impossible.
Stories
The Price of Time
Top

The future of the High Street ... 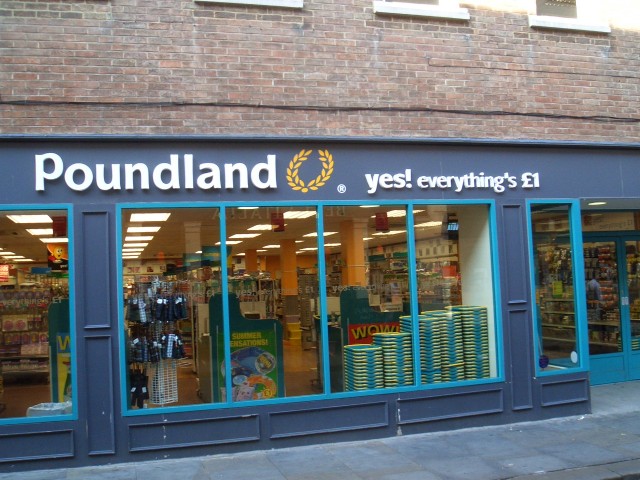 tomhitchman wrote:Andy, it was a quote reported by RC found in the Metro IIRC.

personally I love it, some of the restaurants here are allowing you to bring in your own wine without charging a corking fee, unheard of before.
Top
Post Reply
132 posts