What can we do to change the minds of decision makers and people in general to actually do something about preparing for the forthcoming economic/energy crises (the ones after this one!)?

This has really pissed me off since the Digital Britain report by Lord Carter came out last week. It's just so stunningly wasteful in every way.

Great article in the Times that neatly sums up why it's such a bad idea:

Lots of good comments too.

I can't see it happening. DAB is inherently more power hungry and the radios are inherently more expensive. Radio is a pervasive medium, it's basic control so simple (one knob for volume, one for tuning) is so easy even my mother-in-law can do it. We have given up trying to teach her about digital TV or a telephone answer machine. She expects each button to do exactly the same thing every time it is pressed, regardless of what buttons she has already pressed.

We are thinking of giving her a spare DAB radio we don't use, but I doubt she will cope. I cannot disable the buttons that change things in ways she does not understand, and they will inevitably get pressed by mistake.
Top

Will it mean my cat's whisker crystal set won't work? 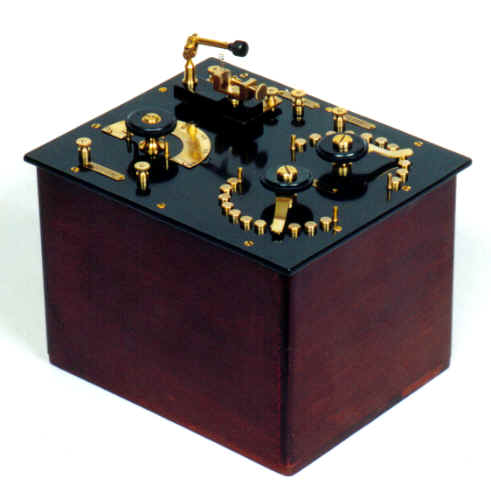 What is interesting is how DAB is being pushed to the exclusion of internet radio. This stinks of radio industry protectionism. The existing broadcasters not wanting to compete with the myriad of internet radio stations and the hardware manufactures not wanting to be replaced by computers.
PowerSwitch on Facebook | The Oil Drum | Twitter | Blog
Top

Do you reckon that the tv one will?


Peter.
Does anyone know where the love of God goes when the waves turn the seconds to hours?
Top

Do you reckon that the tv one will?

Yeah - but then TV isn't nearly so important and more than half the people have digital TV already. TVs don't last as long as radios, they aren't in cars etc etc...
PowerSwitch on Facebook | The Oil Drum | Twitter | Blog
Top

I think that turning off analogue radio is a dreadfull idea.

As pointed out above, digital receivers use appreciably more power than analogue. Improved design could no doubt reduce this somwhat, but it appears most unlikely that the power used by digital could ever be reduced to below that used by traditional radio.
A digital radio is in effect a small computer, with power use to match.

Digital transmiting and receiving equipment is inherently complex and cant be home built, repaired or modified.
A basic medium wave receiver can be built in a few hours from basic components by anyone of normal inteligence.
A transmiter is only slightly more complex.
A traditional receiver can use valves, which are EMP resistant unlike transistors.
In case of national emergency most of the population could receive emergency broadcasts on the medium wave band. Cant do that via digital owing to the vast number of transmitters required.
The army have emergency medium wave transmitters with which they can broadcast to virtualy the whole of the UK in case enemy action has destroyed the normal transmiters.
The equipment is very basic and can be moved by a single Land Rover, being powered by a small generator. Could not do that with digital.
"Installers and owners of emergency diesels must assume that they will have to run for a week or more"
Top

There are at least 15 analogue radios in my household and I would expect at least a dozen of them could still be going in 2015. To replace that lot would cost a fortune.

There is no way that DAB can match fm through a hi-fi system for music quality.

I did try out a DAB a while ago but it just burbled.
Top

But you can only get Planet Rock on DAB.

These are the problems we face in this day and age.
Andy Hunt
http://greencottage.burysolarclub.net

There's also something nostalgic about tuning in a little radio under the sheets and picking up the distant sounds of pop music.

Ah, the fabulous Sixties and Radio Luxembourg...
www.wolfatthedoor.org.uk
Alerting the world to the dangers of peak oil
Top

Once The Great Switch Off takes place ... guess what ... pirate Radio 4s etc will appear in the analogue space.

Anyone who sets up an analogue station on DigiDay + 1 will have a HUGE audience!
Top

Don't know if it's worth necro-bumping this up now that the Digital economy Bill is about to go be shoved through the Commons in the 'wash-up'- but found referencing it again useful when (just, almost certainly uselessly) sending a message to my MP about that and the whole file-sharing thing.

I was abit uncertain of doing so, mind you, given how a lot of Christian radio stations are becoming more widespread on DAB- if people must switch, it will give them the chance to 'come across' it and it might be good for witness- but that does not allay my other concerns.

Of course I doubt not-just-FM radios will be a problem- being something of a 'dabbler' in short-wave listening as well as foreign-originating stations on MW (at night) and LW, I suppose there will be plenty of other opportunities for listening from those countries which haven't switched off yet. Unfortunately my wind-up shortwave affair was obviously intended for the folks acorss the pond, and doesn't have LW. So no RTE Radio 1...
Top

What are the FM, AM & LW bands to be used for? I know the intention is to sell them (to get a morsel for the Treasury coffers) but to whom and for what purpose(s)?
I'm hippest, no really.
Top
Post Reply
29 posts

Return to “Government and Society”