The Crisis Of Civilization

Discussion of books relating to oil, sustainability and everything else talked about here.

The Crisis Of Civilization

Hi folks, I've been lurking for a while and thought you'd be interested in the following video:

Welcome to the board, Shortfall.

This has been posted a couple of times before, and I think most of the people here are aware of Nafeez Ahmed. One who can see the bigger picture, yes. Not so sure about the 9/11 conspiracy theories...
Top

He sees the whole picture, yes. My only gripe is his hammer-like delivery, sometimes masking the meaning of what he's saying. It's got shades of rap.

Some people would get punch-drunk.

Otherwise, he's forgiven for any questionable statements. His heart's in the right place. He's worth a million RGRs/Ralphs.
I experience pleasure and pains, and pursue goals in service of them, so I cannot reasonably deny the right of other sentient agents to do the same - Steven Pinker
Top

Re: The Crisis Of Civilization

Shortfall wrote:Hi folks, I've been lurking for a while and thought you'd be interested in the following video:

Almost as bad as End of Suburbia, the one that was calling for the end of the world..well…a few years ago.

The 50's US commercial theme appears to be a bit much as well.

He does have an interesting straw man however, picking the two folks he wants to pretend have been integrated into the thinking of an entire culture.

So far it looks like something similar to Ruppert's Collapse, some talking head assembles a straw man, and then spends the rest of the show battling it. With 50's era commercials and images as a backdrop.

He claims to have an open mind! <snicker snicker> Don't all true believers?

How old is this thing? It thinks Hansen has much credibility and is still at NASA, which would seem to be water under the bridge based on how badly his prognostications have gone over the years.

Apparently the guy hasn't read Kobashi (2011) because he doesn't appear to get what constitutes "anomalous". More reading of science papers and past ice core data might come in handy!

It is funny that he blames 50's subliminal messages on the reaction to climate change, pretty funny that one. The only one pimping 50's commercials that I've seen in the past 50 years has been HIM.

Like his idea about ignoring both sides of the political spectrum, first thing he has said yet that makes sense (15 minutes in).

Now comes the fossil fuel addictions! This should be good (17 minutes in).

Peak oil!! The end of cheap oil is close! (15 years after Colin claimed it if you had read Campbell's work). Duh.

The guy apparently doesn't know about Hubbert's 1950 US peak oil production call…oops…yet another who can't take the time to learn the history on the topic…focusing only on the pieces that he needs to make the narrative for yet more silly 50's commercials and music. STOP already, hard to take you seriously if this is all you can come up with.

He has done a survey! Says we peaked in 2005! Halfwit. Now I've got to find the vintage on this thing, because it can't be that recent, otherwise his pseudo intellectual veneer couldn't be maintained without snickering even from his commercials. Also says oil hasn't declined before….again…halfwit….it declined starting in 1979 and took nearly 15 years to get back to that rate.

He had better demonstrate actual knowledge here pretty soon or I won't be going much further as the ignorance becomes more evident.

EROEI at 22 minutes in. Strike #2 on the "how little you know" checklist.

He apparently has missed the tight oil as well, in his dismissal of the millions of barrels coming from tar sands and whatnot. Oops.


Yeah, this is a bust. A veneer of pseudo intellectualism with the studious appearing moderator who doesn't know squat, strictly amateurish, with a focus on 50's commercials and cartoons, the cartoons matching the intellectual quality of the narration.

Works better as an advertising vehicle for the 50's lifestyle just because seeing the old commercials is interesting, but not even the hint of anything other than battling the assembled straw man.

Certainly not even up to the standards of The End of Suburbia, which at least tried to throw some "experts" at the topic, rather than 1950's American television.

Sorry Short, all I can say is that if you fell for this, I recommend finishing grade school and when you have, some of us can recommend some real work on this topic, involving fewer cartoons and commercials, after you've figured out now to add and think and whatnot.

Made it to 34 minutes though, but I am now dumber for having watched it. Thanks for that.
Top

Re: The Crisis Of Civilization

Ralph wrote: We tried this once before.


RenewableCandy wrote: I mean, there's been lots of condescending twaddle (x was wrong, y was wrong, z was wrong, etc) but apart from 1 (one) graph from Texas, no actual information.

Let us approach this from a different angle.

Pick a peak oil fact. Just one. This fact should represent some core piece of the proof of peak oil, it could conceivably be general, but facts are more likely to be specific. Not a conclusion, not some assembly of random information carefully compiled to try and force the conversation onto a single path like this video, or nearly everything ever written by Heinberg. Just a single fact, be it text or image, whatever.

We can start there once it has been determined that you have the wherewithal to find one. One you are familiar with is even better of course, that you may discuss it rather than just demanding that everyone else do what you perhaps cannot.

Pick some place other than here, we wouldn't want to clutter up the thread on how stupid this video is with actual information, Shortfall might become upset.
Top

So, Hubbert (apparently) wrote a previous paper to the one that everybody quotes, and you cite that as "proof" that there isn't an energy problem.

RenewableCandy wrote:So, Hubbert (apparently) wrote a previous paper to the one that everybody quotes, and you cite that as "proof" that there isn't an energy problem.

If you want to discuss how poorly Ugo understands peak oil, start a thread, show us what you know about this topic. Certainly I didn't confuse Hubbert's bell shaped curve of various commodities with some nebulous energy problem. Your statement itself calling energy into question (versus a particular commodity) is ridiculous on its face as long as the local nuclear furnace continues to do its job, producing more ENERGY then people even know what to do with at this point.

Smooth move though, avoiding yet again any fact on the matter whatsoever. Can't allow a belief system as solid as a soap bubble to come into contact with ANYTHING, now can we?

Have you ever actually read the name of this forum?

I mean, if some random dude in Texas happens to be able to produce a bit more "oil" (well, sour/sticky black stuff probably) for a couple of years, how exactly is that significant to "PowerSwitch", "The UK's Peak Oil discussion forum"?

it'd be a complete waste of my time because, as I've already said, twice, it's irrelevant.
Soyez rÃ©aliste. Demandez l'impossible.
Stories
The Price of Time
Top

RenewableCandy wrote:Have you ever actually read the name of this forum?

Of course. And I imagine in the many years you have been here, you have found a way to powerswitch into using a laptop not built from petrochemical feedstocks, and probably don't even use fossil fuel generated power anymore, riding a bicycle as you type to keep the power on.

Little light on the switching, don't you think? 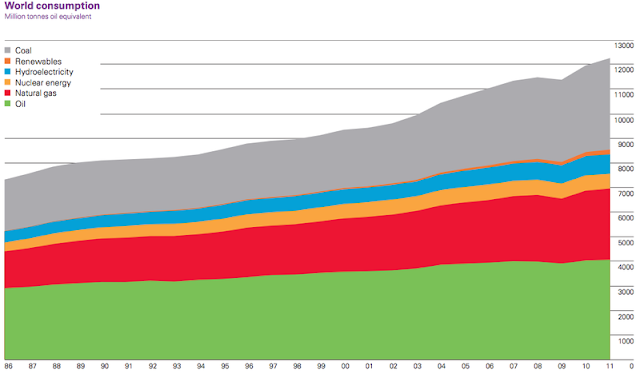 RenewableCandy wrote:Have you ever actually read the name of this forum?

Of course. And I imagine in the many years you have been here, you have found a way to powerswitch into using a laptop not built from petrochemical feedstocks, and probably don't even use fossil fuel generated power anymore, riding a bicycle as you type to keep the power on.

Little light on the switching, don't you think?

Interesting. I bought a new car a couple of years ago and my ex wife said "isn't that against your principles?".

Is wasn't of course but my talking about the peak oil problem had led her to the conclusion that I thought nobody should be using petroleum, a bit like Ralph here.
Top

I have deleted a number of insults, and other posts that though acceptable in themselves no longer made sense. Please try to remain reasonably polite ad somwhat on topic
"Installers and owners of emergency diesels must assume that they will have to run for a week or more"
Top
Post Reply
11 posts • Page 1 of 1